Did that day really just happen?! Unbelievable. What an extraordinary gathering of incredibly talented musicians. All so happy in their work! Such positivity and generosity all around from the orchestra personnel to the amazing engineering crew.
I feel so joyfully privileged to work with the amazing @rteconcertorchestra Thank you!
So wonderful to have #johnsheahan and @geraldperegrinecello pop in to play their solos in the room & my pal Joe Csibi to lead us all.
Was exhilarating & humbling in equal measure.
Might not have to come together so smoothly if it weren’t for the magnificence of my orchestral session co-producer #gavinmurphy 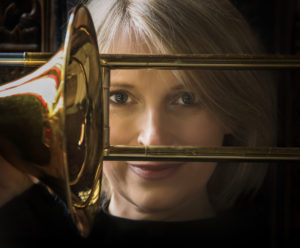 Music for Brass Quintet and trad instruments at Saint Patrick’s Cathedral. The arrangements of Traditional songs are now in, and they look fantastic! I can’t wait to perform this music on April 1st.

The very sad news broke early this year that Sir John Leslie, known as ‘Sir Jack’ had died at Castle Leslie. Sir Jack was many things to many people; aristocrat, war hero, conservationist, historian, even party animal. To those who knew him best, he was a warm, compassionate, generous and truly unique man. He was a very strong supporter of Monaghan County Museum and was a common sight at exhibition openings and special events. The memories and material that Sir Jack shared with the museum will become a priceless part of the collection which reflects the rich history and diverse culture of this region.

As we approach his 100th birthday, the museum in partnership with Castle Leslie will host an evening of remembrance and celebration for a man who for almost a century was an integral part of the living heritage of County Monaghan.

The evening will be marked by members of the Leslie family sharing their thoughts and some of the memories they have of Jack. Former Eurovision Song Contest Winner, Eimear Quinn & Ewan Cowley will entertain with a medley of specially selected songs reflecting the life of Sir Jack.
This event is open to everyone and admission, as always, is free.

Welcome to my new website! My little girls are getting big and strong, and I’m getting focused on new recordings and concerts tours for the new year. Yes, I will finally record a new album!

I will post all the excitement here as it happens, and publish tracks and videos as they develop.

There is also a new shop, so that should make things a little easier! Thank you for still ordering despite the previously difficulties during the site re-building, your efforts were heroic!

In the meantime, to round up 2016 there will be a few Christmas concerts on December 3rd, 10th and 16th. See the appearances page for tickets and more details.

I will also perform at a special commemorative event for Sir John Leslie at the County Museum in Monaghan on December 3rd. Ewan Cowley and I will select some songs from the curated 1916 concert that we did in May (the year of Jack’s birth), and add to it some music related to his extraordinary life.

Exciting times ahead, please stay with me for the journey.

With thanks and love

This site uses cookies and other tracking technologies to assist with navigation and your ability to provide feedback, analyse your use of our products and services, assist with our promotional and marketing efforts, and provide content from third parties as described in ourPrivacy Policy Accept Cookies